Outcome measures, tailored to the needs of individuals, have been proposed for several decades.  Examples include MYMOP,[1] MYCaW[2] and SEIQOL.[3]

R-Outcomes has developed a new measure, known as Person-Specific Outcome Measure (PSO), which follows the same conventions as other R-Outcomes measures.  PSO has two parts. First the user is prompted to identify one or two key issues that they would like help with, which are entered as free text.  Then they are asked to rate how much concern each issue causes on a scale from “None” to “Extreme”. (PROM, 25 words, 8 years) 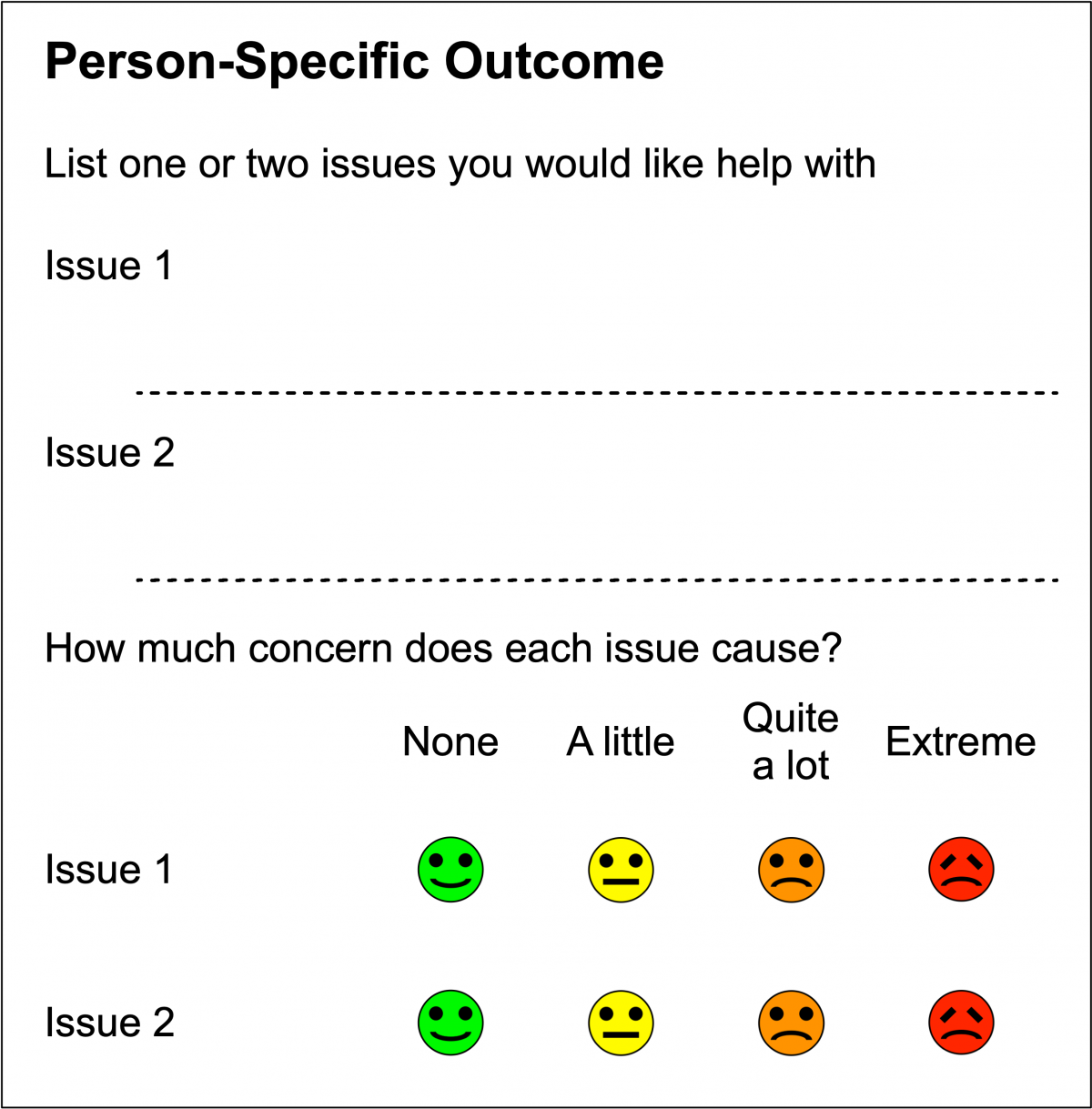 The R-Outcomes version of PAM has been developed with Insignia. Users need to source a license to use PAM independently.  This uses the wording approved for use in the NHS in 2020.

“R-Outcomes measures are now KPIs for several of our new models of care.”

Get in touch to discuss how we can measure what matters to you. contact us